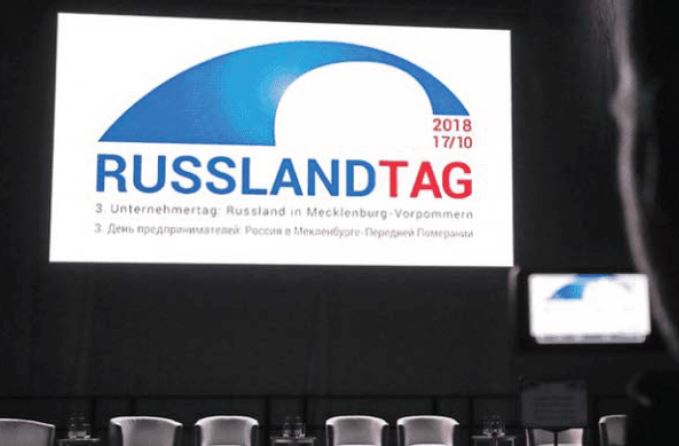 About 850 persons took part in Russian-German Business Forum this year.

The representative of the Ministry of Industry and Trade of Russia noted the constructive approach of the leadership of the Mecklenburg-West Pomerania to the implementation of mutually beneficial economic projects. It makes a significant contribution to the increase in trade turnover between countries, which shows strong growth. Last year, it increased by 23%, reaching $ 50 billion. In the first seven months of 2018, the volume of mutual trade grew by almost 24%.

Economic cooperation continues to develop, even despite the sanctions and investments postponed as a result of their introduction. Thus, one fifth of all special investment contracts signed to date - 5 out of 25 - were concluded with the participation of German investors. These are large investment projects in various branches of engineering worth 830 million euros.

The forum also reached a number of agreements on the development of Russian-German cooperation and the implementation of joint projects. In particular, the joint venture of NOVATEK and the Belgian company Fluxys entered into an agreement to lease a land plot for the construction of a Liquefied Natural Gas (LNG) terminal with a capacity of about 300 thousand tons per year.

New agreements on cooperation in the industrial and scientific field between the German business and the Leningrad Region, the partner region of the Mecklenburg-West Pomerania region, were signed.