Steps to remove barriers on the EEU market 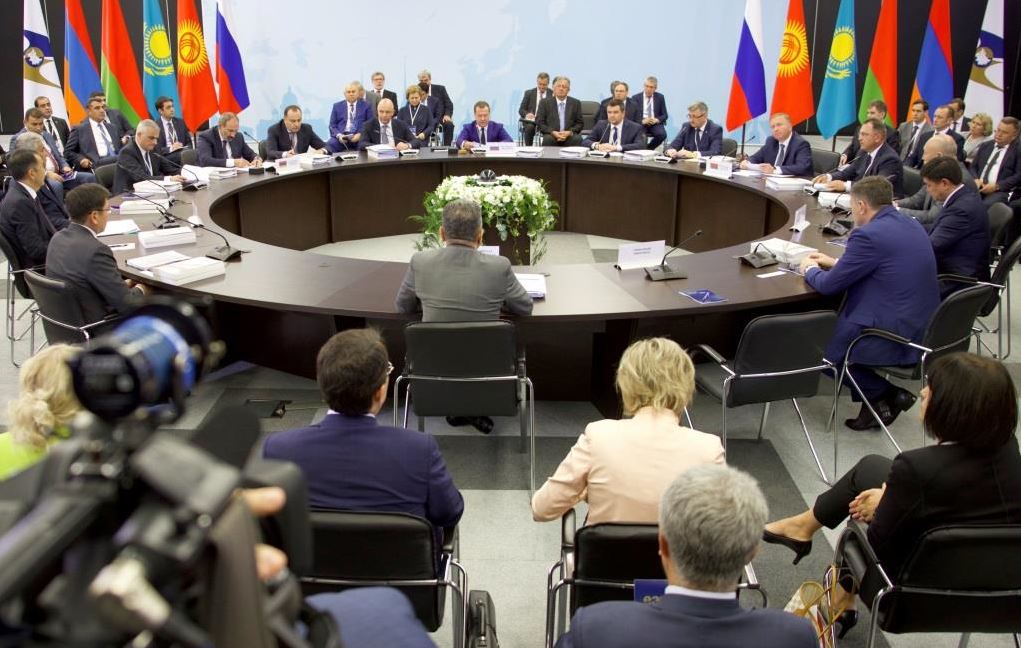 The Eurasian Intergovernmental Council discussed implementation of the Digital Agenda, integration association and improvement of its legal framework, energy and industrial fields in the Eurasian Economic Union (EEU) at the meeting in St. Petersburg on July 27, said EEU media service.

He also noted the progress in implementation of EEU Digital Agenda: "An agreement on the labeling of goods with identification means was signed at the beginning of the year, and we expect all the necessary procedures to take place soon in EEU countries, so that the document enters into force already this year."

Tigran Sargsyan, chairman of the EEC Collegium, stated the importance of pursuing a coordinated policy of digital transformation, since otherwise EEU market faces new barriers and obstacles. "All our countries understand this, and now our task is to create mechanisms for the joint policy," said Tigran Sargsyan.

He announced the launch of pilot projects in the field of goods traceability. In particular, Russia and Kazakhstan will launch a pilot project on monitoring road transit traffic using electronic navigation seals and a project on labeling tobacco and tobacco products.