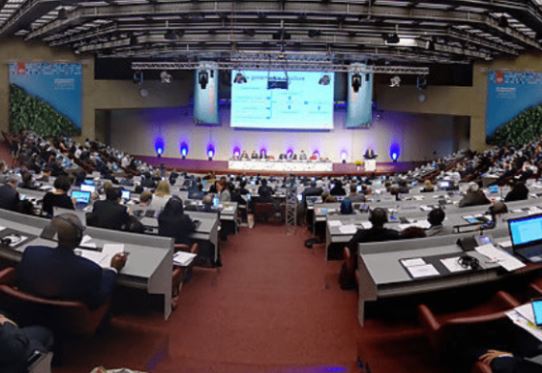 The head of Rosstandart (Federal Technical Regulation and Metrology Agency), Alexey Abramov, led the Russian delegation at the 41st General Assembly of the International Organization for Standardization (ISO) in Geneva on September 24-28, 2018.

Within the framework of the “ISO Week”, the Russian delegation made proposals on strategic directions of activity in international standardization for the near future. Significant in this regard was the meeting of the Technical Management Board of ISO. Based on its results, it was decided to establish a Strategic Advisory Group on machine-readable standards. This decision will ensure the presence of the Russian Federation in the governing bodies of ISO in a strategically important area.

During the ISO General Assembly, Russia initiated a meeting of representatives of national standardization bodies of the BRICS countries. Following the meeting, the parties agreed to update the regulatory framework for interaction in the field of standardization, as well as to prepare joint activities.

In addition, a series of bilateral meetings with representatives from China and Singapore took place in the framework of the “ISO Week”.

The head of Rosstandart emphasized that proactive international standardization is becoming one of the key factors for gaining technological leadership in foreign markets and identifying national champions.