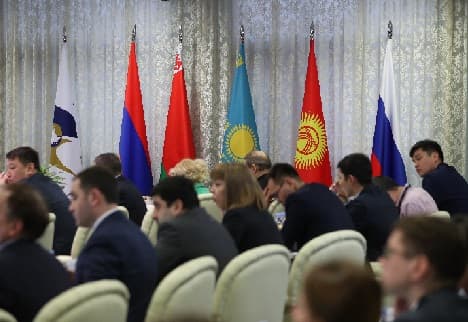 WP.29 (The World Forum for Harmonization of Vehicle Regulations). A working group of experts was established that deals with issues such as passive safety and active security, as well as environmental considerations, considerations of general security, special technical aspects. Currently, the terms of reference of the WP.29 World Forum are “The 1958 Agreement”, “The 1998 Global Agreement” and “The 1997 Agreement on Periodical Technical Inspections”.

Following the results of the World Forum WP.29 Arman Shakkaliev declared that The EEC will be guided by the application of the UN rules and requirements to vehicles in the development and improvement of technical regulations, norms and standards for the countries of the EAEU.

Arman Shakkaliyev stressed that three of the five countries of the Union - the Russian Federation, the Republic of Belarus and the Republic of Kazakhstan - have already joined the international agreements on the basis of which the activities of the World Forum are being built.

Recommendations and regulatory documents developed by the experts of WP.29 for more than 60 years of the history of this international organization were actively used in the creation of a unified technical regulation of the Union "On the Safety of Wheeled Vehicles" (TR CU 018/2011). The validity of this document extends to all new cars - both produced and imported into a single customs territory of the Eurasian Economic Union.

Also after taking part in the meeting on the technical requirements for unmanned vehicles, Vyacheslav Burmistrov (Deputy Director of the Department of Technical Regulation and Accreditation of EEC) noted that we need to think about what requirements we will lay down to the manufacturers of autopilots and automakers introducing more and more diverse electronic devices into vehicles.